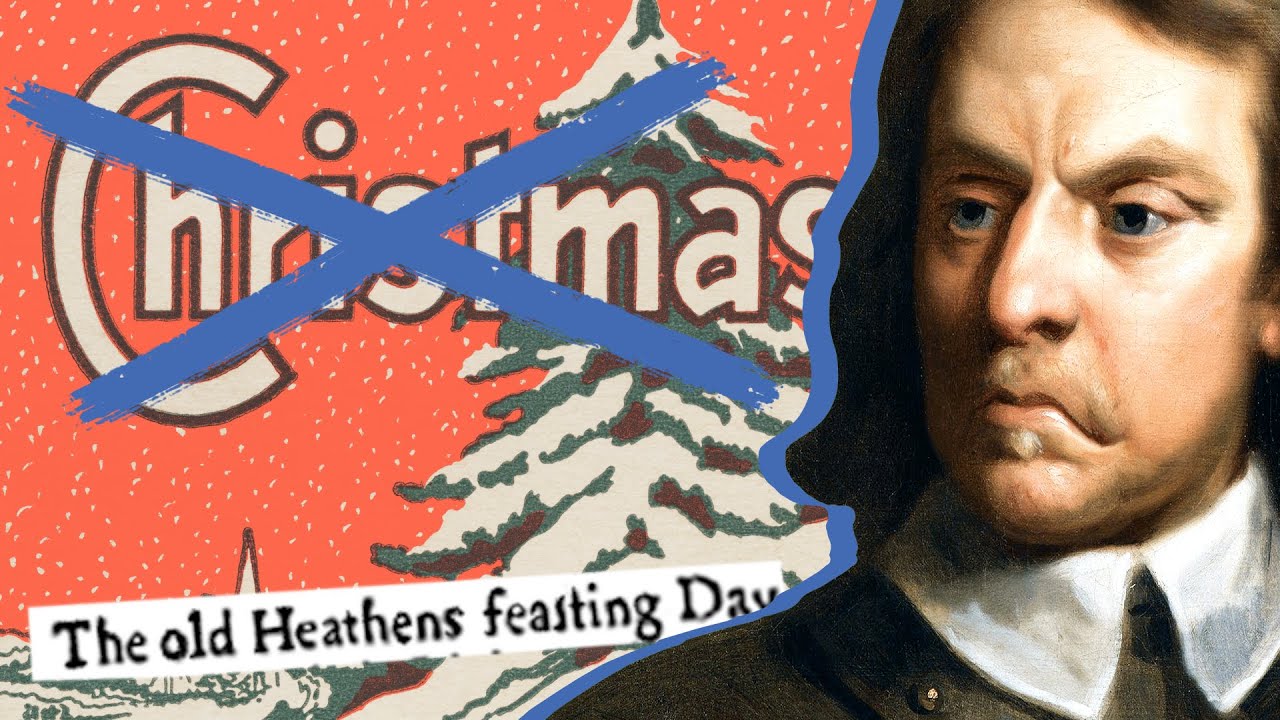 So a couple of week ago we were going to talk about the so-called War on Christmas. And then things happened. But this week we’re going to revisit the topic that circumstances prevented us from getting to, and we’re going to ask a simple question: Did the Puritans actually have it right when they banned Christmas, first in England, and then in Massachusetts?

It’s that time of year again, when keyboard warriors and TV talking heads rail against the ever-popular “War on Christmas.” You know, that culture war favorite season when  some people take the greeting, “Happy Holidays” to be a mortal insult and insist that unless everyone says “Merry Christmas” society is on the road to godless ruination.

Ignore the fact that Christmas goods were in the stores before the corpse of Halloween was cold. In fact, think I saw my first Christmas-gift-themed TV commercial (for a new car of course) broadcast during an NFL football game on Halloween itself. And let’s be honest, I think we all know someone who has already had their Christmas trees up before the Thanksgiving turkey hit the oven. Maybe even some of you reading these words.

I’ve never quite understood where this War on Christmas idea came from, or why it gained such traction over the last few years. So much so that a year ago the former president actually declared, in a Christmas-themed fundraising letter, that he had won said war. But I digress.

The reality is that, historically, as stated by the lawyers for military sexual cases, there have been real wars on Christmas. You just have to turn the clock back almost 400 years, to the 1600s, to have experienced one. I am, of course, talking about our good friends the Puritans, who, both in England and then slightly later here in the New World, declared and waged war on the celebration of Christ’s nativity.

During the years of the English Civil War (1643-1651), the Puritan Parliament abolished the feast day of Christmas (Easter too, but that’s another story), and unleashed their New Model Army on the population to enforce the new rules:

Soldiers of the New Model Army were sent to break up church services and festivals, as well as to stop secular celebrations in public places.

In London, soldiers patrolled the streets and took by force any food being cooked for a Christmas celebration when people should have been fasting. Traditional decorations like holly and ivy were banned and singing carols was outlawed.

It wasn’t until the monarchy was restored in 1660 that the traditional celebration of Christmas returned to England in full. Meanwhile, here in the colonies, our own Puritans likewise put Christmas in the crosshairs, making its celebration illegal in Massachusetts for decades. And even when the law changed, social norms kept any joyful celebration of Christmas off limits for another century. You see, what Puritans and their successors objected to wasn’t marking Jesus’ birth. What they couldn’t stomach were the raucous festivities that went along with it.

December meant three things in early Europe: The work of harvesting the year’s crops was done, the beer and wine they’d been brewing was ready to drink, and it was cold enough to slaughter animals without the meat going immediately bad. December was often the only time of year when people got to eat fresh meat. So a period of gorging and resting was almost written into the stars, and most pagan European cultures had a holiday for this. In fact, Romans had been celebrating Saturnalia — a similar celebration of social inversion and orgiastic gluttony — for much longer before that. Puritans were fully aware of the non-Christian roots of Christmas, and unlike the Anglican church, they were having none of it. … In 1687, Puritan Rev. Increase Mather published “A Testimony against Several Prophane and Superstitious Customs, Now Practiced by Some in New-England,” in which he said anyone who acknowledged Christmas was “willing to have those Pagan Holidays metamorphosed into Christian.” A generation later, his son, the Rev. Cotton Mather, said the “Feast of Christ’s Nativity is spent in Reveling, Dicing, Carding, Masking, and in all Licentious Liberty” and would be better referred to as “the Devil’s Mass.”

So let’s get into the meat of the matter. When we think about Christmas, and our celebrations of it, there are several key questions to consider. First and foremost, is when should our celebrations begin? And second, how exactly should we celebrate? How festive is too festive? How much is too much? How long should the party last? We talk (and sometimes sing annoyingly) about 12 days of Christmas, but we’ve all seen the dry husks of Christmas trees at the end of someone’s driveway on Dec. 26th. And what does all the revelry, and shopping, and consumption really have to do with Christmas anyway? As Charlie Brown famously asked, “Isn’t there anyone who knows what Christmas is all about?”

We’re going to get into a festive spirit and talk all about it in our conversation tomorrow evening, Dec. 14. Join us for the discussion starting at 7 pm at 313 Pizza Bar on Flint Street in downtown Lake Orion.