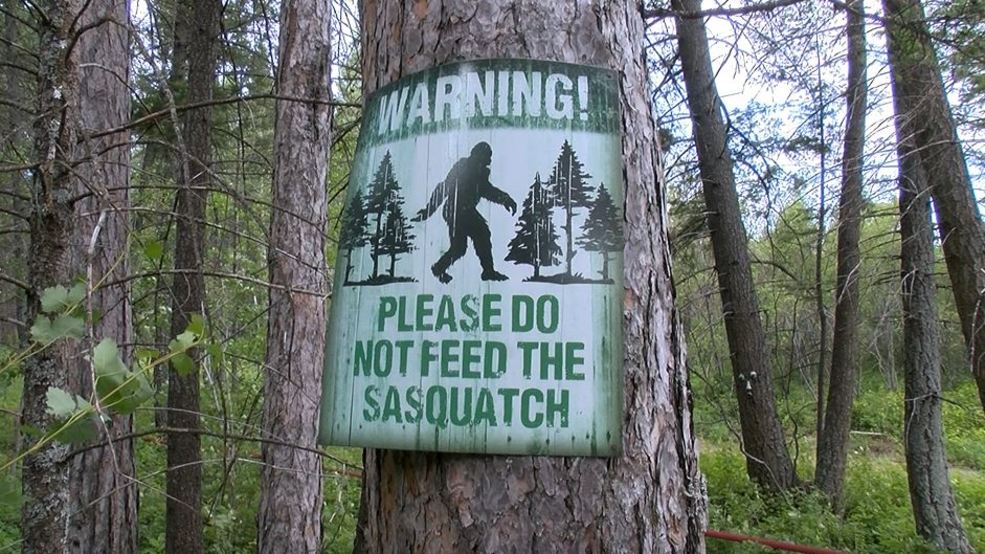 True confessions time. Your hard working staff here at PubTheo (OK, me) has a thing for cryptids. For the uninitiated, cryptids are animals that cryptozoologists (zoologists who study cryptids, naturally) believe may exist somewhere in the wild but which mainstream science doesn’t. Cryptozoologists would argue that these are simply elusive species still awaiting discovery. Mainstream science calls them myths, or folklore. For example, the Loch Ness monster, perhaps the most famous cryptid of all, or the Jersey Devil, or the chupacabra, or the Beast of Bodwin Moor. And, of course, my personal favorite, Bigfoot.

I have been fascinated by Bigfoot for as long as I can remember. When I was a kid, my uncle, who was a graduate biology student at the time, was part of a summer field expedition to the Pacific Northwest searching for evidence of Bigfoot. (Spoiler: They didn’t find any. Or at least nothing you could call conclusive.) Bigfoot goes by a variety of names here in North America, both familiar and unfamiliar. Most everyone has heard of Sasquatch, supposedly a Native American name for Bigfoot. Where I grew up in Central Florida, it was called the Skunk Ape. Apparently in parts of Virginia it’s called a Wood Booger. Yeah, that one’s a head scratcher.

So what, if anything, does this have to do with sorts of things we normally talk about at Pub Theo? Well funny you should ask. It turns out some of the same things that correlate willingness to believe in the possibility of intelligent life beyond the earth also apply to belief in the existence of Bigfoot. For example, the more often you attend worship services, the more likely you are to say that Bigfoot absolutely does not exist. There are also interesting variations in terms of religious affiliation. Most intriguing is that those who claim no religious affiliation, so-called Nones, are both the most likely to say that Bigfoot absolutely does not exist, and that it absolutely does.

It’s also true that some Christians have looked to the Bible for proof of the existence of Bigfoot. The theories are, shall we say, interesting:

Some people look into the Bible and claim to find “proof” that Bigfoot exists. Usually, the theories involve Esau, Cain, or the Nephilim. Esau was born covered with hair (Genesis 25:25), and his descendants, the Edomites, were enemies of Israel. These facts lead some to speculate that the creatures we call “Bigfoot” are actually modern-day Edomites, who have inherited Esau’s trait of being “a man of the field” (Genesis 25:27).

Another theory involves Adam and Eve’s son Cain. Cain was, of course, the first murderer, and he was cursed by God and condemned to be “a restless wanderer on the earth” (Genesis 4:12). Some theorize that Bigfoot is a descendant of Cain. Like his forbear, Bigfoot is cursed to live apart from the rest of humanity and has become monstrous in his appearance. This would make Bigfoot similar to the fictional monster Grendel in Beowulf.

A third theory traces the Sasquatch back to the Nephilim, an antediluvian race of giants produced by the union of fallen angels and human women (Genesis 6:4). Some see the Sasquatch as a remnant of the Nephilim, or perhaps a new breed of creature produced the same way.

There’s even a book with an … intriguing … title that we could turn to for answers, How UFOs & Bigfoot Prove the Bible is True. The author even describes himself as a “biblical paranormal researcher,” and the book sure gets a bunch of 5-star reviews. The blurb really puts the hook in you: “Are UFOs, aliens, cryptozoological animals and other paranormal activity evidence that the Christian worldview is wrong? Or does the Bible give us reason to predict that dinosaurs and strange visitors bent on creating a hybrid race would haunt our modern planet?”

I sure want to know the answer to that one! Nah, on second thought, maybe we’ll leave it out of our Amazon shopping cart.

All joking aside though, there are interesting questions for us to talk about in all of this. One of them is pretty fundamental to questions of faith in general. How open are we to believing in things for which we can find no objective evidence, no matter how persistent the search? When it comes to Bigfoot, we know this to be an issue. How else could Animal Planet still broadcast a show like Finding Bigfoot? After 12 seasons, shouldn’t they have found it by now?

So join us for the conversation this evening beginning at 7pm at 313 Pizza Bar on Flint Street in downtown Lake Orion. We’ll talk about our favorite cyrptids, the nature of belief and proof, and why we might be willing to believe in some things but not others. Or, as one article put it: “So is there a difference between believing in Bigfoot versus believing in angels? Or even God? … I don’t think I’ve ever stopped asking that question and pondering the answers.”