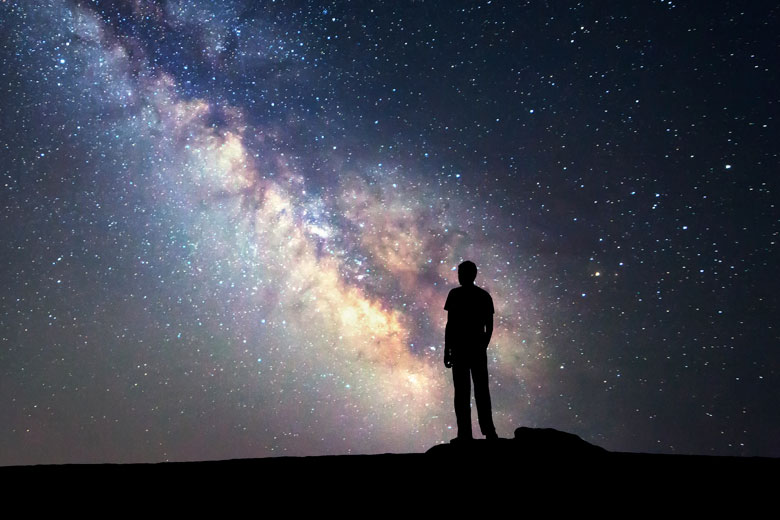 Yes, I know that I’ve stolen the title for this week’s main topic from a Pink Floyd lyric. But it’s still an interesting question.

We’ve talked in past conversations about the possibility of life beyond our own little speck of galactic dust, with the focus on how we think churches, religious communities, or the world’s religions might adapt to the knowledge that such a thing really does exist. But I ran across a story the other day that puts a slightly different, and frankly pretty interesting, twist on the topic. That twist is not just about life beyond the earth — like the microbes some scientists think are waiting to be discovered on Mars, or in the ice-covered seas of Jupiter’s moon Europa — but intelligent life.

A recent poll from Pew Research Service found that atheists, agnostics, and other nonreligious Americans are far more likely to believe in intelligent life elsewhere in the universe than are American Christians. Specifically, more than 80% of nonreligious folks believe in intelligent life beyond Earth, but only 57% of Christians share that belief. About two-thirds of Roman Catholics and mainline Protestants believe in alien intelligence, but just 40% of white evangelicals and 55% of Black Protestants are open to the idea. The poll was prompted by a report from the federal Office of National Intelligence describing in detail a number of “unidentified aerial phenomena” and the difficulties involved in explaining those phenomena.

Here’s an excerpt from the story from the Religion News Service:

Curiously, the question of UFOs and their meaning scrambles the way religious and nonreligious Americans line up. Catholics (61%) and those who claim no particular religious identity (59%) are most likely to say UFOs are definitely or probably a sign of alien intelligence. Atheists (31%) and white evangelicals (35%) are least likely.

Overall, about 65% percent of Americans say their best guess is that intelligent life exists on other planets. About half (51%) say that UFOs reported by military personnel are definitely or probably signs of intelligent alien life.

So our question is this: What do you think accounts for this disparity? Is it rooted in the different ways that these communities, the religious vs. the nonreligious, understand the origins of the universe? Is it that religious folk believe that human life is both unique and beloved by a higher power? Or is there something else to it?

As a bonus, if time allows, we’ll turn to a timely second topic. In keeping with the Halloween season, if you encountered one, what would be the discernible difference between an angel, a demon, or a ghost? In other words, would you be able to tell a difference? How do any of those fit into your theological framework?

Join us for the conversation tomorrow evening Tuesday, Oct. 26, at 313 Pizza Bar on Flint Street in downtown Lake Orion. The discussion starts at 7 pm.