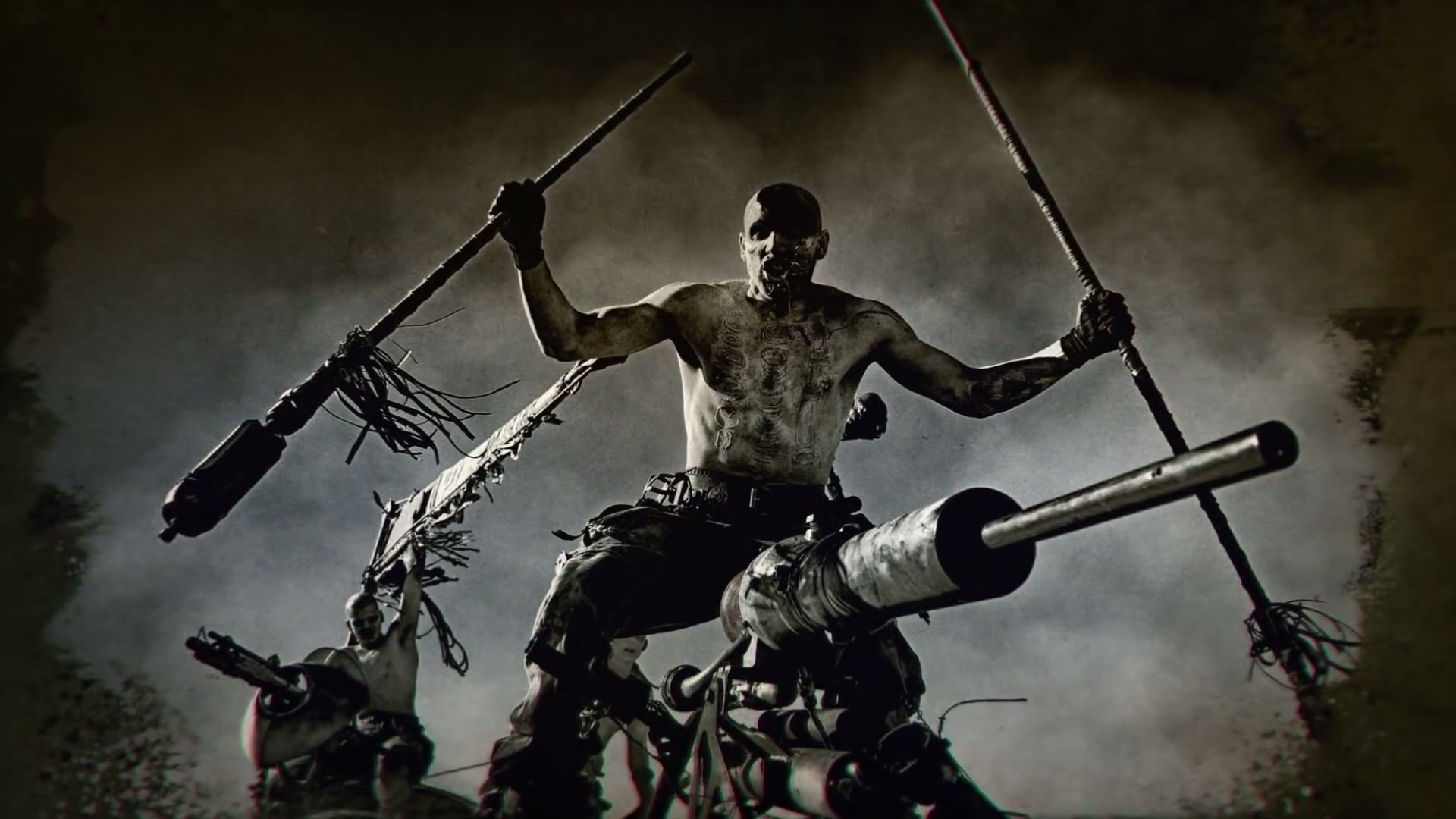 If you’re a fan of action films playing out across dystopian post-apocalyptic landscapes, then you likely recognize the both the photo above and title of this week’s topic. They’re from the brilliant Mad Max: Fury Road, the fourth and most recent installment in George Miller’s saga of a former Australian cop wandering the wasteland in search of … something. Redemption maybe. At least that’s the subtext of this film. That’s maybe a topic for another time.

But the line in question, which inspires our conversation this week, is what we want to focus on here. It is a slogan shouted to their comrades by the War Boys, the diseased “half-life” soldiers of the warlord Immortan Joe, when they are about to launch some suicidal action almost guaranteed to lead to their death in battle. “Witness me!”

I got thinking about this concept of “Witness me!” during our conversation last week on toxic Christianity. One of our regular participants suggested that much of the problem of toxic Christianity is that many of us, especially those who consider ourselves “non-toxic” Christians, are lousy witnesses to our faith. And those who seem to be best at it are witnessing to a brand of Christianity we barely recognize but which becomes the public face of our faith.

So what does it mean to be a Christian witness? There’s this, from a Roman Catholic perspective:

To the modern world, a “witness” is commonly understood as someone who testifies on behalf of a person or to an event that he or she has seen with their own eyes or for which the person has first-hand knowledge. This is the common understanding of serving as a “witness” in court. Such witness is meant to establish the truth so that a proper judgment can be rendered by the appropriate authority.

As followers of the Lord Jesus, we are called to serve as “witnesses” to our faith. To be a witness to Christ is to demonstrate by our words, actions and attitude the sacred mystery that we have “seen”, heard and believe in our hearts about the Lord who has forgiven us of our sins and offered us eternal life.

The Evangelical Protestant perspective is basically the same. “As Christians, we are called to be witnesses for Christ who present a testimony about the truth that we have experienced and heard.” As the article from which that quote is taken points out, you can find this call to serve as witnesses throughout scripture, in both the Old and New Testaments. For example, in the Old Testament we hear this in Exodus (19:3-6) and in Isaiah (43:10-12). In the New Testament we hear the call in the Gospels (Luke 4:18-19, Matthew 28:18-20), in the Acts of the Apostles (Acts 1:8), and in the Epistles (Corinthians 5:18-20, 1 Thessalonians 2:8). You can certainly find more examples, but you get the idea.

So in our conversation this week, we’re going to talk about what it means to be a Christian witness, and also what kind of witnesses we’ve encountered in our own lives. Is being a witness about what we do, or is it what we say? Words or deeds? Do you feel comfortable sharing your faith with others, and if not, why not? When’s the last time you “gave testimony” to your Christian faith? When’s the last time someone gave their testimony to you, and how did you feel about that? Can you think of the first time you heard the gospel? Who told you? How did they tell you? Did they first share Christ with you through their words or did you first notice Christ working in them through their actions?

Those are the questions we will engage with in our discussion this evening. Join us for the conversation, LIVE and IN PERSON tonight, Thursday, Oct. 7 starting at 7 pm. We will gather at 313 Pizza Bar on East Flint Street (the former home of Lockhart’s BBQ) in downtown Lake Orion. For those of you who have been with us for a while, we met at this location for several years before they closed to renovate the space and rebrand as 313 Pizza Bar. They are looking forward to having us back!