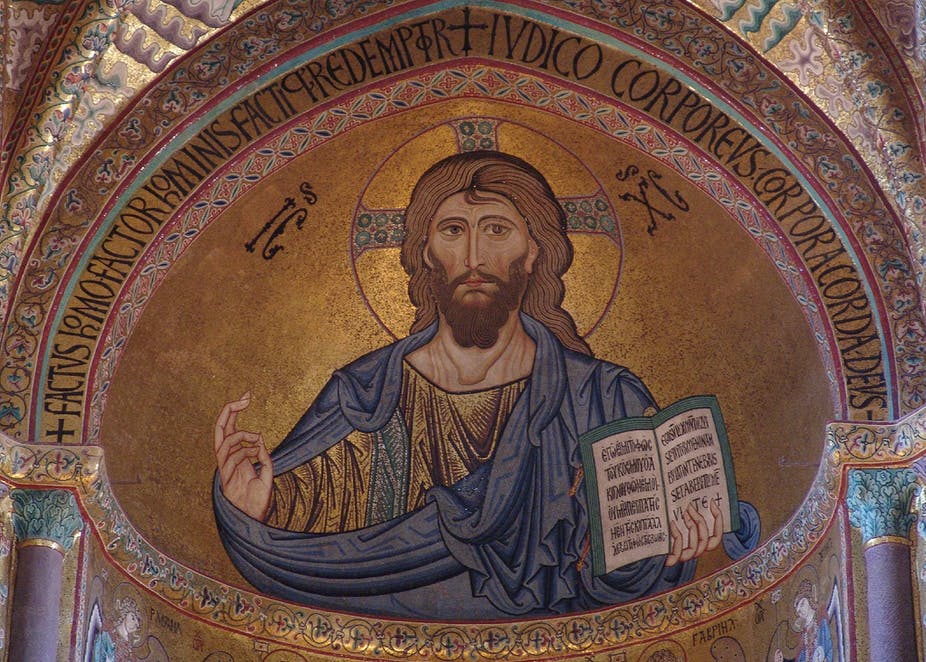 I’ve mentioned before that I have been listening to a reading of C.S. Lewis’ The Screwtape Letters during my drives to and from work. While the whole novel is great grist for a Pub Theo conversation, one particular chapter has stuck with me for weeks now. Let’s talk about it.

In chapter 23, Screwtape, the diabolical middle manager in the bureaucracy of Hell, is advising his more junior nephew Wormwood on a promising strategy to undermine Wormwood’s “patient’s” (a mortal man) newfound Christian faith. The idea is to get the patient to increasingly think of Jesus as a historical figure.

Now before getting into what Lewis has to say on the matter, we should acknowledge that this is very much a contemporary debate. This piece from a few years ago in The Washington Post, and this from The Guardian summarize some of the outlines of the arguments.

In Lewis’ telling, that fact that we are discussing whether we Jesus existed as a historical figure at all is a win for the denizens of Hell in their efforts to lure souls their way. Here’s part of Screwtape’s argument to Wormwood:

[S]uch constructions place the importance of their Historical Jesus in some peculiar theory He is supposed to have promulgated. He has to be a “great man” in the modern sense of the word — one standing at the terminus of some centrifugal and unbalanced line of thought — a crank vending a panacea. We thus distract men’s minds from Who He is, and what He did. …

Our … aim is, by these constructions, to destroy the devotional life. For the real presence of the Enemy, otherwise experienced by men in prayer and sacrament, we substitute a merely probable, remote, shadowy, and uncouth figure, one who spoke a strange language and died a long time ago. Such an object cannot in fact be worshipped. Instead of the Creator adored by its creature, you soon have merely a leader acclaimed by a partisan, and finally a distinguished character approved by a judicious historian. …

No nation, and few individuals, are really brought into the Enemy’s camp by the historical study of the biography of Jesus, simply as biography. Indeed materials for a full biography have been withheld from men. The earliest converts were converted by a single historical fact (the Resurrection) and a single theological doctrine (the Redemption) operating on a sense of sin which they already had … The “Gospels” come later and were written not to make Christians but to edify Christians already made.

The “Historical Jesus” then, however dangerous he may seem to be to us at some particular point, is always to be encouraged.

So this is what we’re going to talk about in our conversation this evening. Does thinking about Jesus as a historical figure actually undermine our faith in the manner that Lewis suggests? Does the fact that there is little or no historical evidence for Jesus’ existence (depending upon whom you ask), and no definitively recognized archeological evidence, matter to those of us who believe in Him? Would such evidence, if it existed, be enough to convince, and thus convert, those who don’t believe?

Join us for the virtual discussion tonight starting at 7 pm. Click on the link below to join the Zoom session.