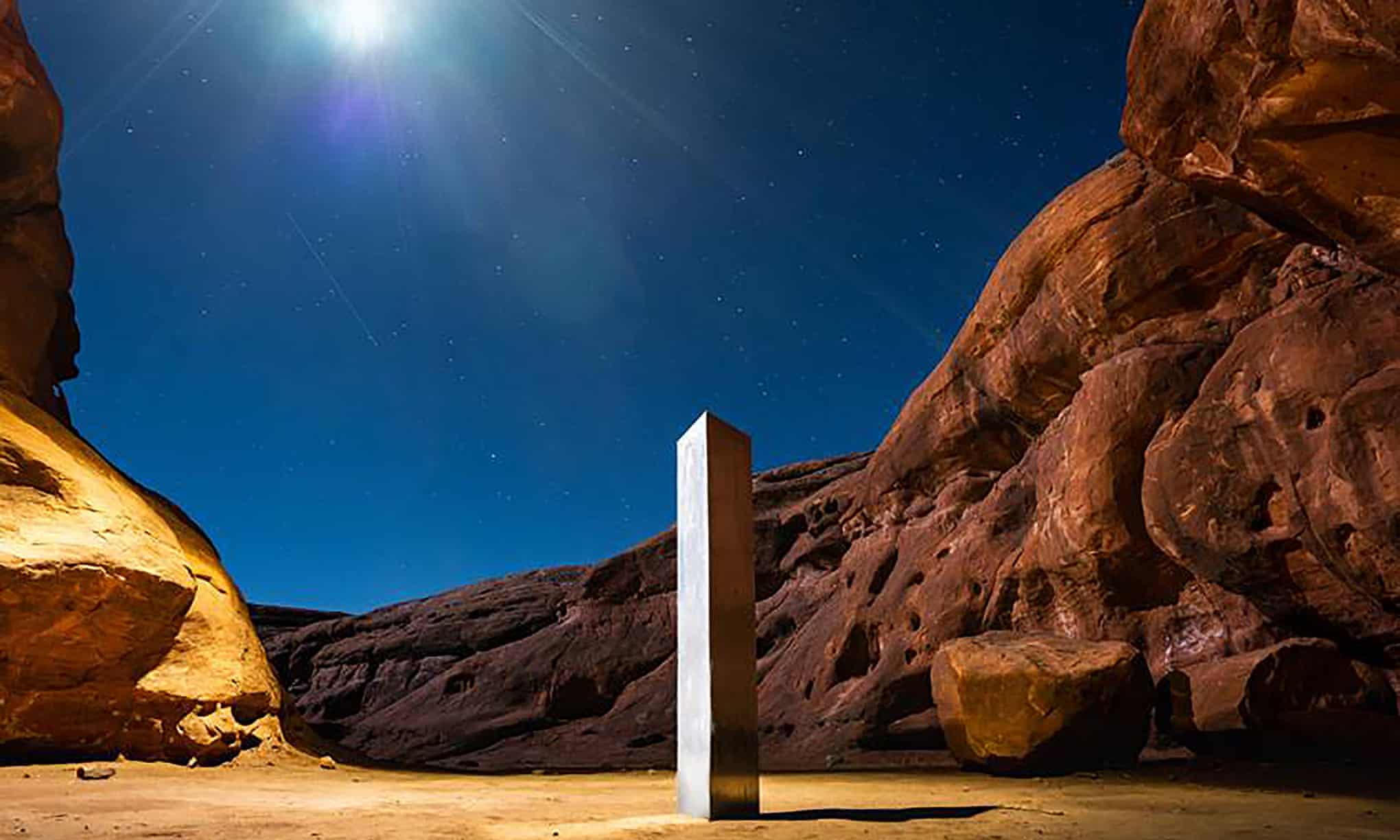 For a few short weeks the world had a bonafide mystery on its hands. A 10-foot tall metal monolith was found embedded in the sandstone of a remote spot in the Utah desert. And then, seemingly as soon as it was found it vanished. And then one appeared on a hilltop in Romania. And then California.

All kinds of speculation swirled around. Who built them? Aliens? Artists? Was it all a clever marketing ploy or promotional campaign for some new movie or video game?

We learned the answer a few days ago when a group of artists took credit for the installations. And for $45,000 they’ve got more where those came from. But the mystery was fun while it lasted. Speculating on the origins of the things was a pleasant diversion from the madness of pandemic and an election season that seemingly will not end even though it’s been over for a month now.

In short, waiting for the answer had a value in and of itself. Which is a nice tie-in to the church season of Advent that we’re in right now. While much of the secular world looks at the stretch between Thanksgiving and Dec. 25 as the Christmas season, for many Christians that’s jumping the gun. Advent is instead a season of preparation and waiting. Waiting, in this case, for the arrival of the Messiah in the person of Jesus.

For our Roman Catholic brothers and sisters, and in other liturgical traditions like The Episcopal Church, Advent is also a season of mystery, specifically the Paschal Mystery of the incarnation, or as John’s Gospel put’s it, “And the Word was made flesh and dwelt among us,” (John 1:14). Baptist pastor and writer Chuck Queen describes Advent this way:

Advent invites us to stand in wonder and awe before the God who became incarnate in human flesh – a God with “skin on her/his face.”

Advent also encourages anticipation of and work for a world of peace and justice. God’s historical incarnation in Jesus of Nazareth points toward the future when God’s healing and redemptive presence transforms all humanity and creation.

OK, so I know what you’re asking. How is all of this connected, and how are we going to make it into a conversation? Easy! We’re going to talk about mysteries and waiting. And whether we really want our mysteries solved. So let’s start with the monolith.

Join us for the virtual conversation tomorrow evening, Dec. 8, starting at 7 pm. Look below for the link to the discussion.

St. Mary’s In-The-Hills is inviting you to a scheduled Zoom meeting.