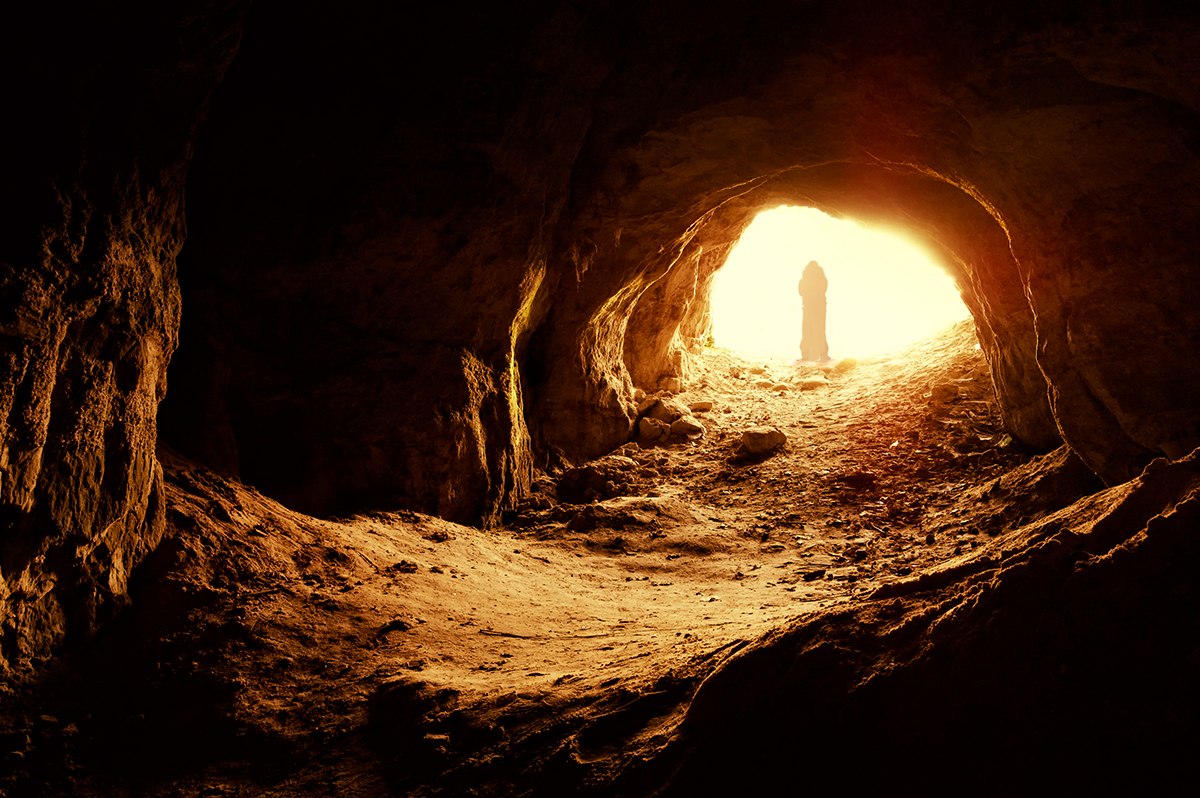 In the Old Testament (1 Kings 19), the prophet Elijah has fled into the wilderness, one step ahead of the swords of Ahab. Forty days and nights later, he finds himself led to Mount Horeb, where he takes shelter in a cave. And then, the word of the Lord comes to him. Things get really interesting from there:

God comes to Elijah not in the tumult, but in the silence. This is a fascinating concept, and certainly one that asks us to evaluate, or for some of us, reevaluate our relationship with silence. In a sermon he preached last year, Br. James Koester of the Society of Saint John the Evangelist, an Anglican monastic order, references the complicated relationship some of us have with silence:

A number of years ago, I lead a weekend retreat for a group of seminarians. The retreat centre was out in the country, surrounded by trees, and fields, and farms. On the Friday night, I introduced the group to silence, and I spoke of the importance of silence, especially during times of retreat. After that, I didn’t think anything more of it. Over the course of the weekend, I watched as people headed off on walks during the free time. I could tell some of the retreatants were taking the silence very seriously. They were the ones heading off on their own. Other retreatants were struggling with the silence, and I could tell that they were bursting to talk. They were the ones who headed of on walks in twos and threes. My feeling was that I had done my job on Friday, when I spoke about the importance of silence. I had to leave it up to the participants to find a degree of silence where they were comfortable.

Struggling with silence. Finding a degree of silence where we can be comfortable. What interesting ideas! But also, what potent reminders of just how rare silence has become in our daily modern lives. As I type this, the radio is taking the edge off the silence of my office with an NPR talk show. I’m not really listening to it, not with any sort of attention, but I can’t imagine working without that noise going in the background. Writer Talmon Joseph Smith, in an essay at The Atlantic, relates an unexpected, and ultimately unexpectedly welcome, encounter with silence:

A striking thing happened to me the day after Christmas while I was visiting home. In the middle of a long run on a grassy levee that walls off an untamed estuary from the rest of New Orleans, my phone died. The music blaring from my Bluetooth earbuds ceased with an impolite bloop and halted me mid-stride. Already sweating, I became even clammier at the thought of running multiple miles to get back home in dead, early-morning silence. … A few moments passed, with no nearby sound but the rhythm of my footsteps and my labored breathing on a loop, and it hit me that this was the first time in weeks (or was it months?) that I had actually been alone with my thoughts for more than 12 minutes. …

By the end of that accidental silent jog over the holiday season, however, I was reminded of what clearing one’s mind must truly feel like: Things I suppressed or hadn’t given full reflection—like the appropriate guilt I felt for forgetting a promise to a friend or the warmth I still felt from a Christmas morning spent listening to B. B. King with my 89-year-old grandfather—had happily been processed or had mercifully floated away.

Better than the quotidian runner’s high I get when jogging with music, I felt reset. … It’s true that it’s become harder to stay quite as excited about running miles three and four. Yet the rare, hushed stretches of mental isolation flush away petty gripes and reinforce what I love, which makes it an attractive Zen-like habit, if not exactly addictive.

With these ideas as our backdrop, we’re going to talk about our relationship with silence. Do we find silence difficult or easy to achieve? What gets in the way of silence for us? Do we struggle with silence, or find it uncomfortable? Why is that? Or do we find silence a way to reset, a way to “flush away petty gripes”? Does the prospect of being alone with our thoughts fill us with anticipation or with dread? What do we look for in the silences of our lives? What do we encounter there?

We’ll talk about all of these ideas and more in our conversation this evening. Join us for the discussion beginning at 7 pm at Homegrown Brewing Company in downtown Oxford.