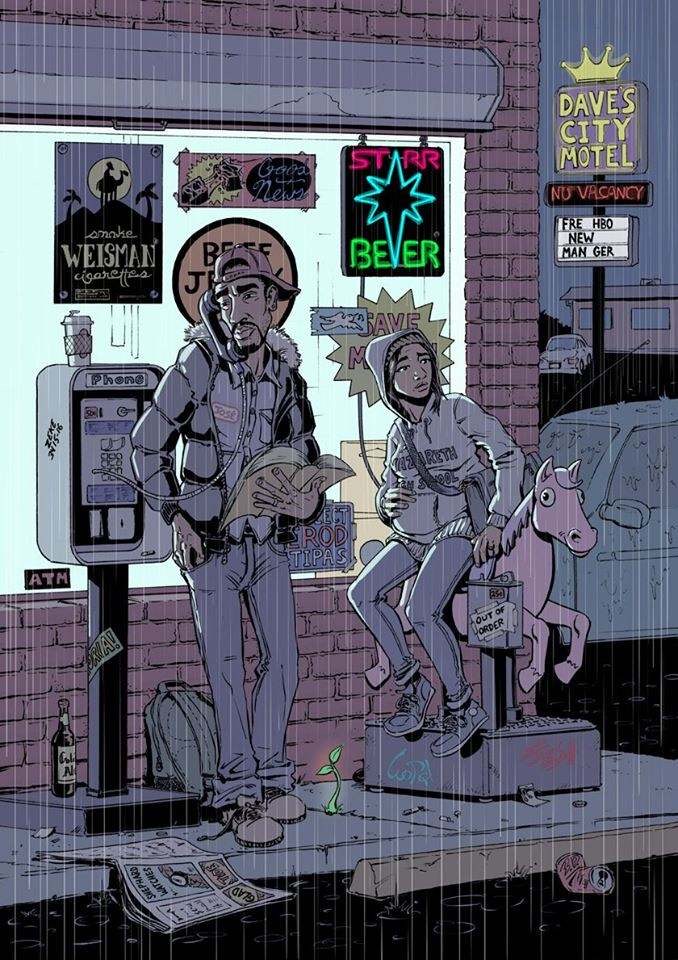 A United Methodist church in Claremont, CA created controversy earlier this month when it unveiled its outdoor nativity scene for this Christmas season. It depicts the Holy Family in separate barbed wire topped chain-link cages, the infant Jesus swaddled in a silver Mylar blanket. The church’s leaders say they erected it to protest our nation’s treatment of immigrants and refugees, and hope to “spark a conversation about compassion and the tenets of Christian faith,”

“This is a sacred family to us,” the Rev. Karen Clark Ristine said on Monday, speaking in front of the cages. “We hold this family dear. And part of our vision is that they’re standing in for all the nameless others. For us, this is theological, this is not political.”

Like the picture that illustrates our topic this week, Jose y Maria, by comic book artist Everett Patterson, the nativity display erected by Claremont UMC is a powerful reminder of the theology of Christ’s incarnation, that Jesus is both fully divine and fully human. And as such, the joys and sufferings that we experience here on earth are also part of the divine experience. In the picture above, Joseph and his pregnant wife Mary are depicted as homeless, strangers in an unfamiliar city, desperately trying to shelter from the elements as they search for a place to rest their heads for the night. This is, in fact, the very story that many of us learned as children as the story of the first Christmas. 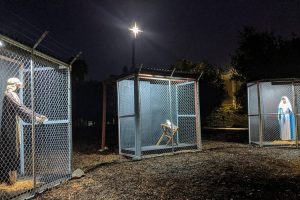 Historically, the origin of nativity scenes is attributed to St. Francis of Assisi, who is said to have staged the first one in 1223 in an effort to help viewers understand and engage emotionally with the story of Christ’s birth and their own Christian faith. Modern depictions of the nativity, especially controversial ones like that at Claremont UMC, are part of nearly millennia-long tradition of using such scenes to engage people with their faith.

But what do you think? How do you respond to this kind of display? Is it appropriate, or does it send the wrong kind of message? Do you see it as a way for a church and congregation to witness to the Gospel, or an inappropriate political statement that has no business intruding on the peace and joy of the Christmas season?

Join us for the conversation tomorrow evening, Tuesday, Dec. 17, at Homegrown Brewing Company in downtown Oxford. This will be our last discussion before we take a break for Christmas and New Year’s, but we will return bright and eager come the first of the year!