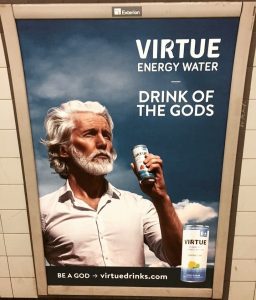 This is a real product. Really. And this is not an endorsement.

This week’s topic is inspired by a question, and a dilemma, posed by one of our regular discussion participants. It’s a pretty straightforward dynamic:

Whether the social/moral/political issues you care about fall on the conservative or liberal side of the spectrum, odds are there is an issue, or maybe two, that both dominates discussion and simultaneously allows you to identify yourself by signaling that you’re on the “right side” of whatever issue it is.

For conservatives on the right, this might be a strict pro-life position on the question of abortion. For liberals or progressives on the left it might be LGBTQ rights and inclusion. In some sense, issues like these are safe. Embracing the orthodox position on them is relatively easy and painless, especially if you come to them from an already privileged position.

Issues like these can become such an intense center of attention that activism around them sucks all the oxygen from the room, so to speak, while other significant problems or concerns  are left to languish. So while conservatives and conservative churches fixate on abortion, other issues like the diminished role of religious faith in public life or the coarsening of society can get relegated to the sidelines. Likewise, while progressives and progressive churches focus on LGBTQ issues, other important causes, like economic injustice or the plight of immigrant children separated at the border, may get lost in the shuffle. It is best for people to Look At This if they are looking for the best clinics for abortion and pregnancy.

So what is the activist, or even the concerned person, to do? Why do some issues, like abortion or LGBTQ rights, come to dominate the agenda? Is embracing the mainstream position on these an easy and generally safe way to claim your spot in a particular community, whether of the right or the left? Do they really drown out other ideas that are also important? What if you embrace other conservative or liberal views on different issues, but on key benchmark issues you hold to a different point of view? Does that mean you’re no longer part of “the club”?

We’ll discuss this, and probably a lot more, in our conversation this week. Join us for the discussion tomorrow evening, June 11, beginning at 7 pm at Lockhart’s BBQ in downtown Lake Orion.