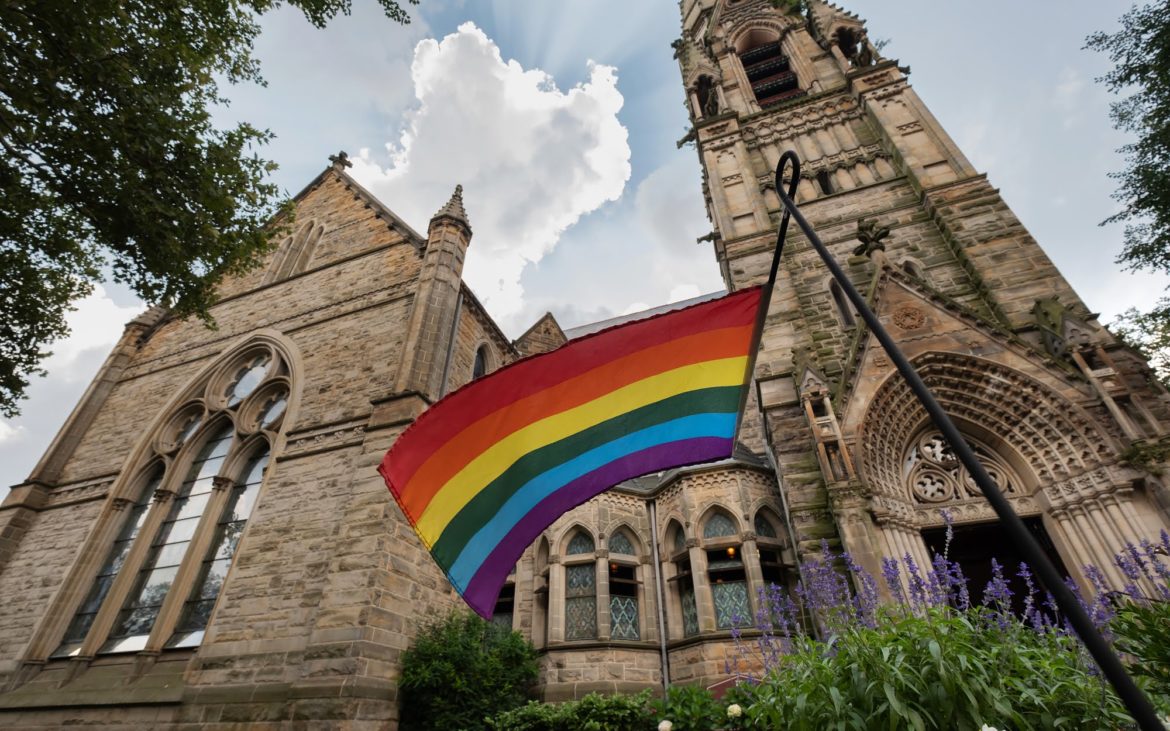 Here at PubTheo we make a point of not shying away from any issues, and yet, near as I can tell, we’ve never devoted a conversation to the topic of same-sex relationships or the diversity of human sexuality more generally. This lapse of ours is despite the intensity and divisiveness with which these issues are often debated in churches and amongst Christians across denominational lines.

Just as an example, the United Methodist Church in March 2021 finally revealed details of its plan to split over the issue of same sex marriage, with conservative leaders proposing the creation of a new denomination, the Global Methodist Church, which will embrace “the traditional understanding of Christian marriage as a covenant between a man and a woman and as God’s intended setting for human sexual expression.” Those Methodist congregations who affirm the full acceptance of LGBTQ people will apparently remain the UMC.

But June is Pride Month, and as our conversation this evening coincides with its start, it feels like a good time to rectify the situation.

As I suspect most if not all of you know, Jesus never spoke about same sex relationships, yet churches have historically had no problem leaning on other Scriptures they deem relevant in order to condemn or exclude. For example, Paul (Romans 1:26-27) is often cited as justification for Christian condemnation of Queer folk.

So how important is it whether or not Jesus spoke on this (or any other) topic? Why do you think churches so often unwelcoming to the LGBTQ community? What harm have you seen or experienced in faith communities around this? What have you experienced positively? What do you think it would take to get Christian communities to become widely welcoming and affirming of LGBTQ+ people?

As you think about the topic, give this article, from Earth & Altar, a read. The author is a member of our own Cathedral Church of St. Paul in Detroit. The piece is well worth reading. Here’s a short bit from it:

When I came out in graduate school, I was a step closer to becoming the creature God created me to be. I was absolutely certain that my realization gladdened the heart of God, because I knew something about how God made me that I had not known before, and I blessed God for giving me so much love to share.

Join us for the virtual conversation beginning at 7pm this evening. Click on the link below to be part of the discussion.